Nestled in the serene Columbia River Valley, protected by the spectacular British Columbia Rockies on the east and the Purcell Range on the West, the dramatic natural beauty of Fairmont has captivated lovers of nature and recreation since the first homesteader settled here in 1887. The Fairmont area draws visitors from around the world, and increasingly, people are no longer satisfied to simply visit, but want to call this rare and beautiful place home.

At the turn of the century, adventure seekers began to discover the areas magnetism as stagecoaches, rambling through the Columbia Valley, made rest stops at the natural, odorless pools of the hot mineral water.

As a child growing up in Portland Oregon, Don Seable, president and owner of Fairmont Riverside Golf Estates, was raised where the Columbia River is well over a mile wide. Spurred by the yearning to see the headwaters of the great river, he headed north in 1978 and soon found himself also under the spell of the alluring area.

In 1978 he introduced the Time Sharing concept to Fairmont, and initiated the first successful project in Canada immediately on property owned by Fairmont Hot Springs Resort. Sales commenced in early 1979.

The original plan was to have an independent marketing company handle the sales. Unfortunately, by September 1979, this Company was bankrupt. They had used Fairmont’s name to obtain credit, so Don, who was serving Fairmont as Treasurer at the time decided to protect the reputation of Fairmont by paying off all of the creditors, and buying the shares of Vacation International – the marketing company. He then changed the name of the Company to Fairmont Resort Properties Ltd., and took over the marketing responsibility.

By 1981 the marketing program was in full swing, and included offices in Edmonton, Vancouver, Calgary, Spokane as well as here At Fairmont. Fortunately, Don was a pilot, and owned a large turbo-charged twin engine aircraft when he moved to Fairmont. This made it possible for him to be in every office at least one day every week.

By 1987 the program was running very well, and Don turned over the majority of shares in the marketing company to four of his top salesmen, and challenged them to continue to complete what he had started. Then Don then turned his attention to the Riverside development.

Don continued to pursue the dream of making Fairmont a beautiful resort community that many people can enjoy. His vision was another championship golf course winding beside and across the beautiful Columbia river, just west of Fairmont, skirted by private estate homes.

Today, his vision has taken form. Riverside Golf course has won the top title for a golf course as “Canada’s golf course of the year” in 1998, and the Riverside Golf Estates is well recognized among Canada’s finest golf communities. It offers an unparalleled lifestyle opportunity for home ownership in a spectacular wilderness and recreational setting.

The region continues to charm Don and Carol Seable and many more who look for the opportunity to enjoy the very special lifestyle offered by Riverside Golf Estates – the next chapter in the unfolding story of Fairmont Hot Springs, British Columbia.

INVESTMENT IN REAL ESTATE
it's a buyer's market

Fairway home sites starting at $79,000 in the gated community of RIVERSIDE ESTATES with no building commitment 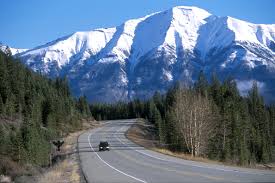 Driving to the Columbia Valley 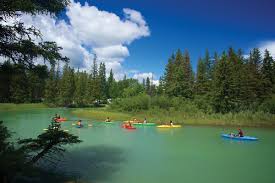 Located near the headwaters of the mighty Columbia River in the spectacular BC Rockies.